Have you experienced The Spirit Circle yet? Find out more! 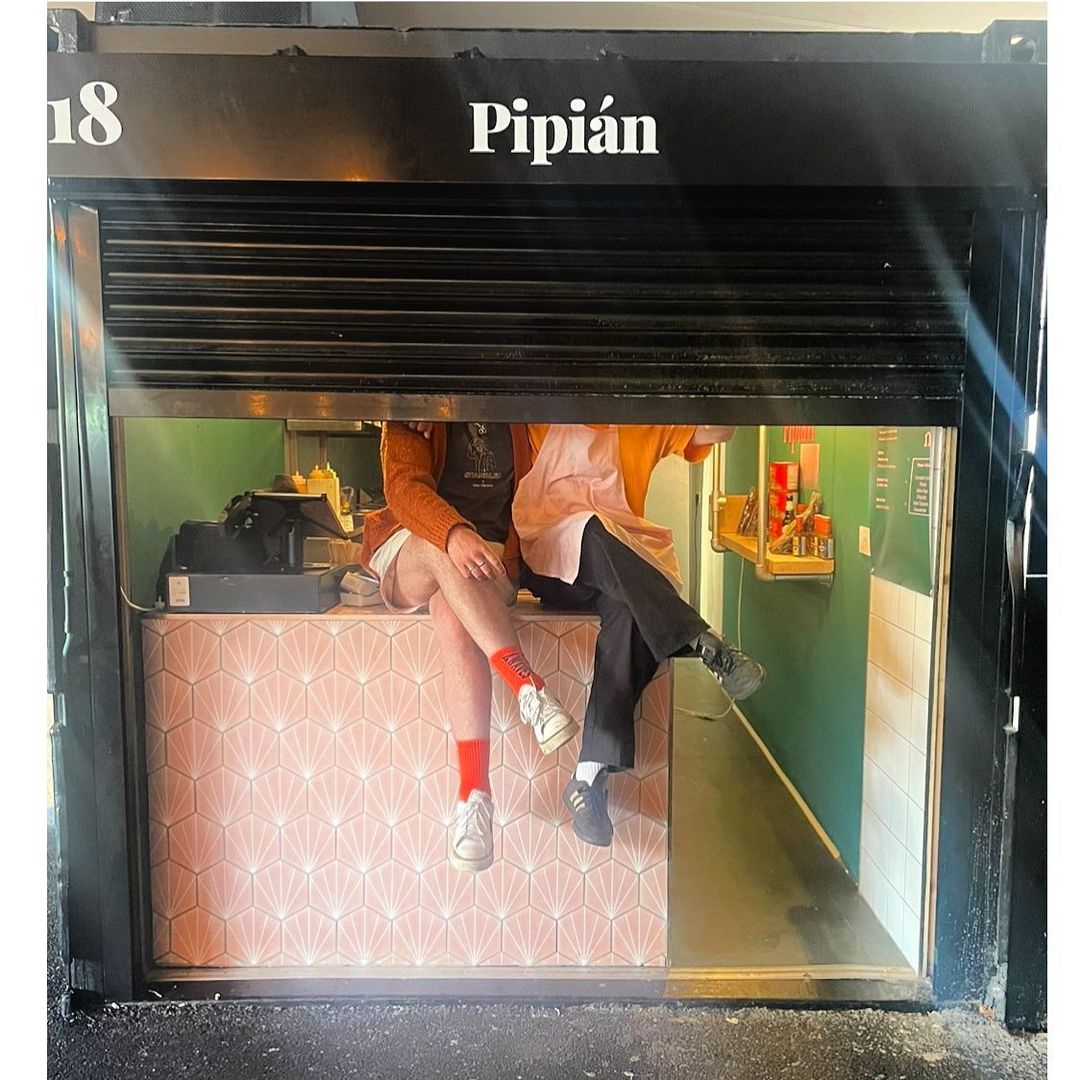 What's A Wee Review again? It's been a while...

Trademarket opened on 22nd July and I waited as long as I could before visiting… 6 days. I thought I would pop in for a little sneaky Thursday lunch with m’colleague Sarah.

Spontaneously hanging out with ones from work for a casual lunch has more or less disappeared… I remember my corporate office days, the craic was mighty when anyone and everyone met in the kitchen over an M&S sandwich, a pot noodle or the leftovers from the night before.

Trademarket is a pop up of black shipping containers on the site of the now demolished Dublin Road Cinema. It’s from the same stable as Common Market but with a different feel. It’s less bar, more food focused with some retail alongside including American Madness, Barkley and Waggins Dog Boutique and Oi.

Markets like this are not new, but they are to Belfast. We had none and now we have 3ish.. Trademarket stands out. The food offering has been very well selected and they are the types of vendors I would travel for. Pie Queen popped into my life during lockdown bringing pies back baby! Filipino food sensations Kubo are a must do and a modern BBQ vibe focusing on local is there too in the form of Rebel and Ruse.

In the spirit of honesty, I went for a Pi-Guy pizza. Unfortunately he was closed that day, but the beauty of Trademarket, there is always a tasty alternative. Pipián it was (it’s a Mexican red mole in case you were wondering, and no, not that kind of mole.) Why? The queue wasn’t big (they are speedy) and the bright pink box of energy in the corner called to me. They offer song and burritos. I opted for the Rice Bowl with 24hr Tamarind Pibil Pork, black bean, queso fresco and jalapeño.. the house salsa on top was incredible, it was green and hot and I was delighted.

You can choose from six, ranging in heat, so don’t panic. Sarah went for their nod to Northern Ireland, a Mexican half and half.. Burrito with crispy potatoes and rice. She opted for Citrus Chipotle Chicken with lime crema and charred corn. She nailed it. I did too, both were fresh and delicious.

They were washed down with a little beer from Madrid. I went to Madrid in May, had Madri, came home and, like dust, it’s now everywhere, and I am very happy about that.

I would go back to Pipián again, now.

When we visited, a good few vendors were shut but that’s ok, there were plenty open and each were of equally good quality as the rest.

I wish them all the best of luck. Belfast needs this.. the Dublin Road needs this… I hope it remains family friendly but still a great option for anyone wanting a casual catch up with friends or colleagues without preplanning in the city.

COVID 19 - An update from Caroline and Phil